What y’all are reading!

Yesterday was the first day of the legislative session and I decided to make a day of it down at the marble palace. Maybe, because I woke up feeling a little nostalgic knowing that our family embarked on this political adventure roughly ten years ago.

A lot can happen in ten years….

I was skinny and young ten years ago! 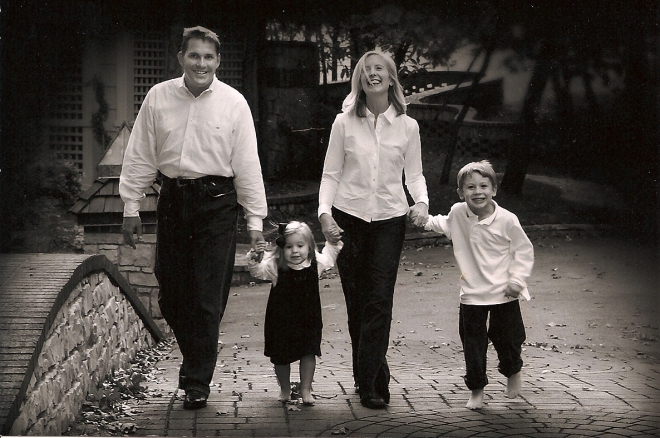 Maybe I caught a glimpse of the excitement from when I worked in Washington DC and the memories of those opening days of a congressional session. The anticipation, the proceedings, re-uniting with friends and acquaintances who only made appearances in ones life with the opening bell of a legislative session.

Maybe, I found myself remembering all those nights as our family ventured into the political arena ten years ago and the Senator was gone…. a lot. Gone for early meetings, receptions, ribbon cuttings, legislative dinners and long nights when the senate stayed in session way past our bedtimes. While I admired the dedication and the positive difference he was making, it’s safe to say, the kids and I spent a lot of quality time together. They were 3 and 7 and extremely proud of their daddy’s service, however his busy schedule made our time together a little more complicated.  They would invariably notice his absence at dinner time, because sitting down as a family foursome had been such a steady part of our routine. It always made them sad to see their dad’s empty chair at the table.  In fact, one time the kids set up a card table in our kitchen and informed me that on the nights daddy was working as a Senator, we would have our own special dinner at a three person table so we wouldn’t miss him.

Now, that they are teenagers, maybe they don’t look at his being gone in the same way. Or, maybe they do and we will be engaged in this conversation tonight as we talk about current events, what their dad is working on and reminisce about our infamous three person table! Regardless, I am most grateful that the Capitol is just a mere ten to twelve minutes away from our house and that the Senator gets see his children at some point every day.  For many of his colleagues, the distance is much further and the time away from their families much greater.

Which brings me back to yesterday and my day at the Capitol.

Typically, on this first day of session, the Governor addresses the state of the state and yesterday was no different.  I decided to stick around and watch because my Senator had been asked to escort the Governor into the room which I thought was pretty cool stuff! While this is a traditional event marked with lots of photo-ops and pageantry, it also paints a fairly clear picture of what lies ahead for the upcoming legislative session.

Ahead of her speech, a Pastor from Southern Hills Baptist Church gave a rather lengthy, but relevant invocation. He prayed for many things, but his prayers included strength and peace for the marriages and children of those elected officials who spend so much time away from their families. I get that and I sincerely appreciated his words.

This time of year, even though it is full of excitement and anticipation of all the good one hopes can be accomplished, prayers for all are needed, indeed. 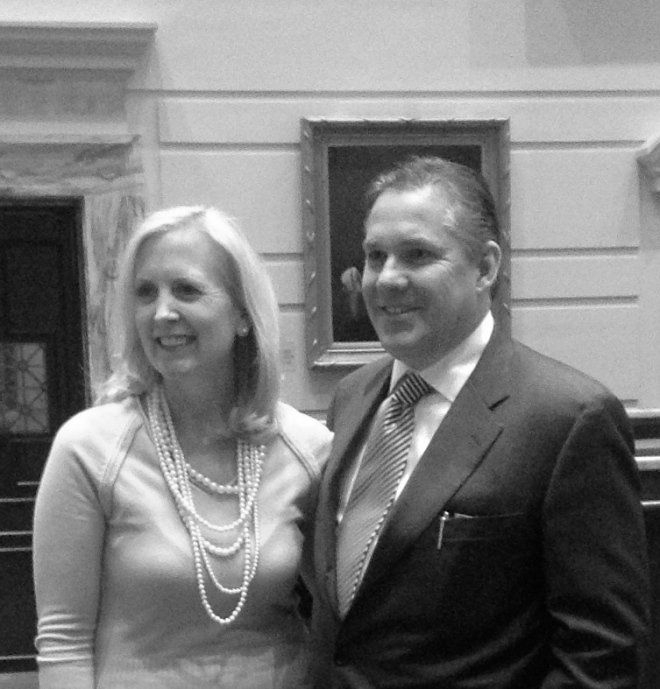 I started this blog on a whim thinking it would be fun to write about politics while my husband served in the OK State Senate. Jury's still out on that...but, having a front row seat on the sideline of Oklahoma politics has been one big adventure. View all posts by The Senator's Wife