Is that even a word? Shellacking?  I first heard it used on election night by CNN reporter, John King as he was enthusiastically describing the political tsunami taking place across the country.  It continues to show up in reference to that historic night.  Thanks, Mr. King.  I sat across from you once on a flight from D.C. to Dallas.  You seem like a pretty nice guy with a great vocabulary….

Here are a few photos that were taken before the so called shellacking at a fundraising event in our home. 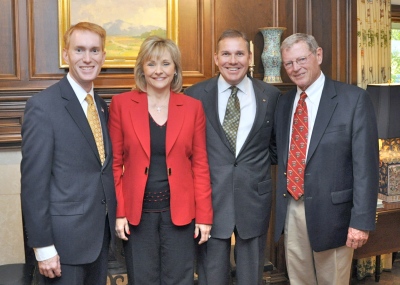 The gathering was for the man on the left, Oklahoma’s newly elected Congressman, James Lankford.  He is pictured with Oklahoma’s first female Governor, Mary Fallin, my Senator and a United States Senator. What I love about this photo though, is not just the happy smile on my Senator’s face, but that we had a house full of people.  I know that sounds strange but it is no secret around my house hold that I have an aversion to this type of event.  Political fundraisers give me the cold sweats.  I dread them….I don’t know why, really, and it doesn’t matter.  However, his particular event defied all odds.  It was festive, fun and extremely crowded.  I think people sensed the political tsunami about to take place and were living in the moment.  I was a happy camper to participate.  I was also happy because my house was clean.

And, thankful to our friend Pam who took photos of the crowd…

Seriously, there were a lot of bodies…..

I think I was too… considering my aversion to political fundraising events and all…. Just saying. 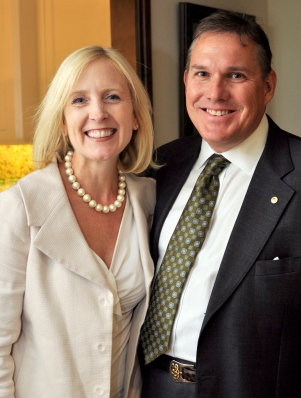 ← Election Day Photos…
What I Did Last Summer… →

3 Comments on “Before the Shellacking”