You always hear about the fashion at political conventions and from what I saw this week,  it can be divided into three categories. The good, the bad and the bling…

The good could be a reference to the state delegation gear.

The Texas delegation was all suited up in matching shirts and hats.

Donated to their delegation by Stetson, they waived the hats continually from their seats on the convention floor.  I think it was their way of showing applause, or maybe it was just hot down there, or maybe they were just thinking big hair needed big hats ha ha! 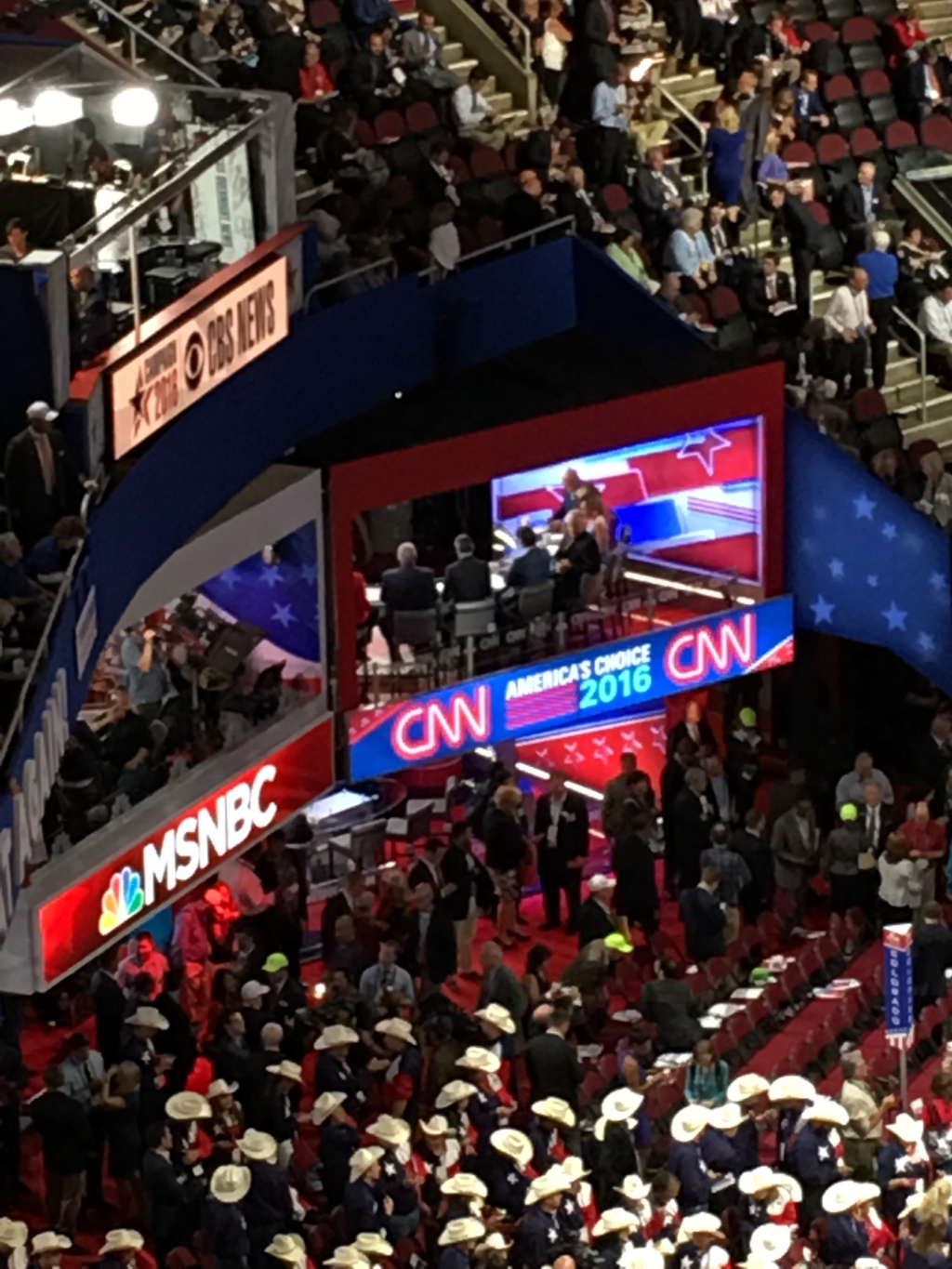 But they did stand out in the crowd!

I had to snap this pic of the Hawaii delegation… They had matching shirts and dresses complete with flowers in their hair and lays around their necks.  Adorable! 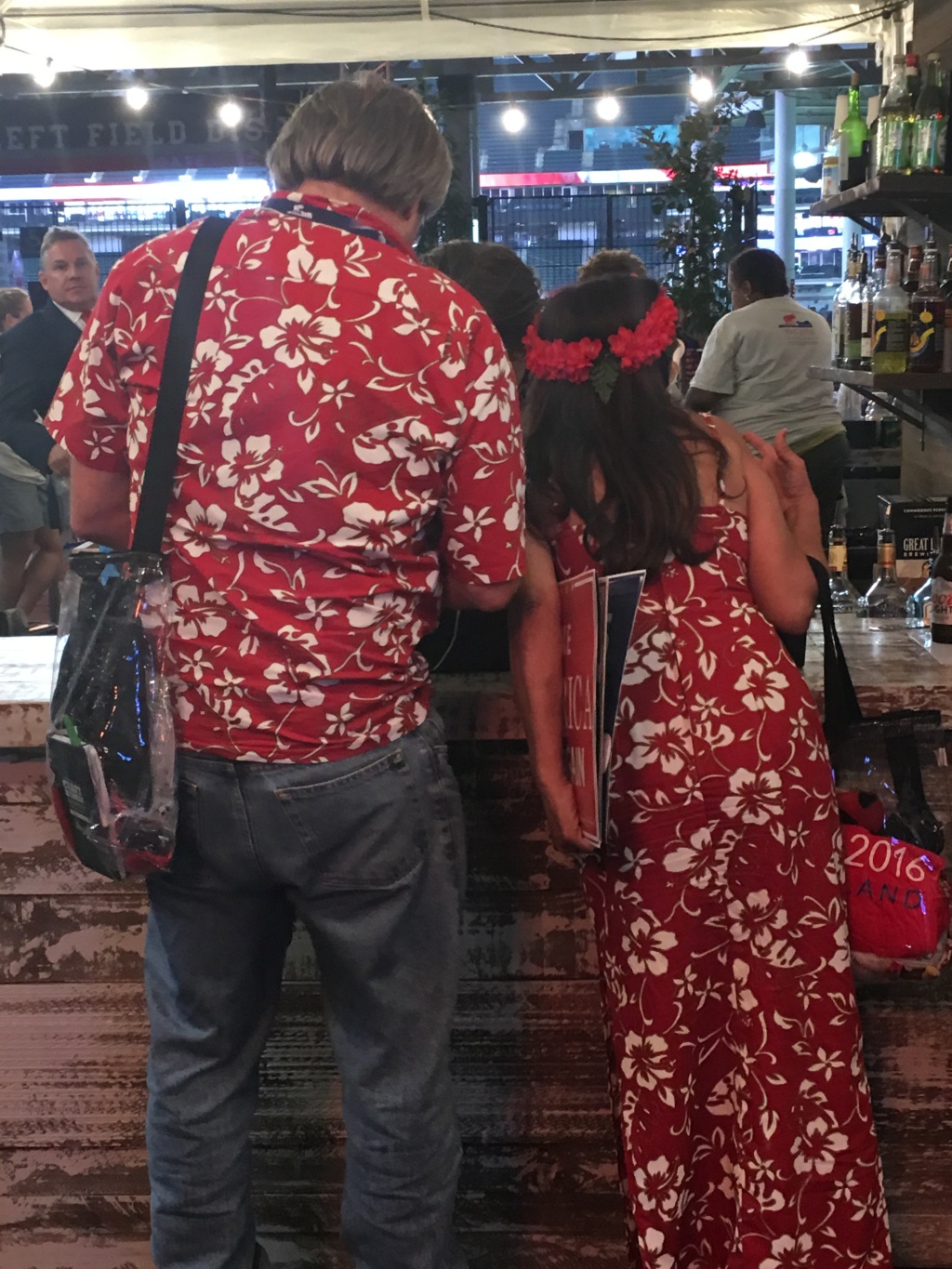 If you look closely, you can see my Senator on the left is perplexed and not sure who I am photographing since I am…well, taking this of their back side, probably not the most flattering angle just saying.

And, a Montana delegate….from the back side.

I think I have an issue with taking people’s pictures….

But, the Senator doesn’t. Best example of bling. 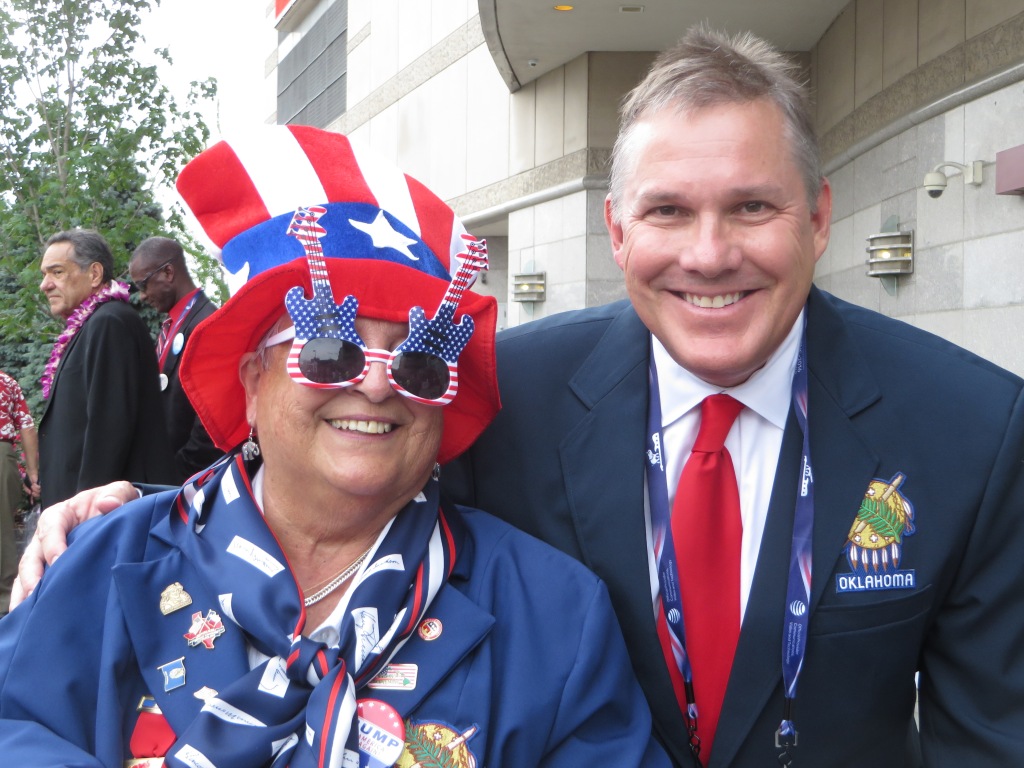 He really isn’t shy when it comes to photo ops.

A pic of the flag suit dudes..from the back side. 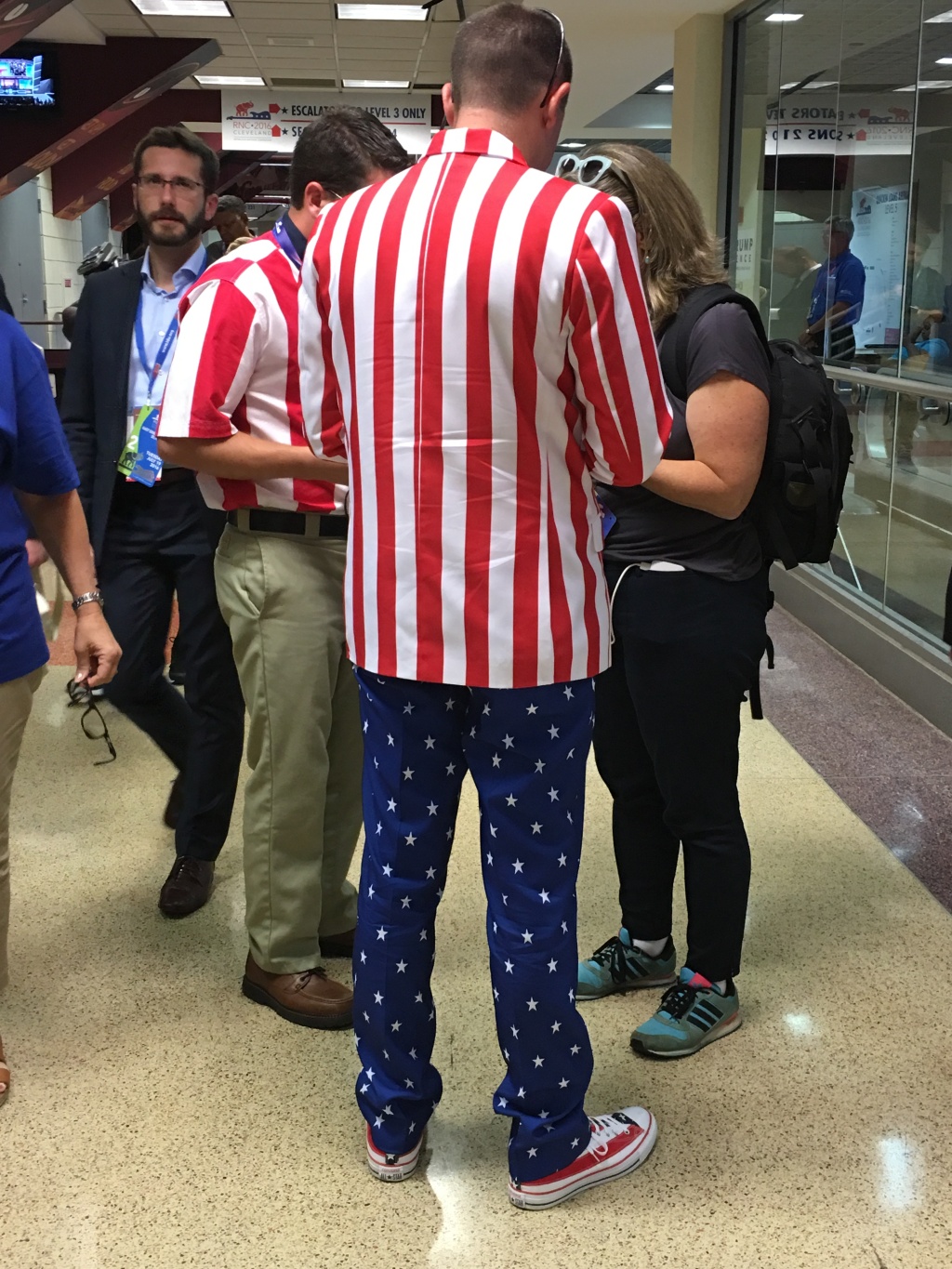 These guys were talking to the media who could be distinguished not only by their gold colored badges but also with the backpacks they were allowed to bring into the arena. Hence my reference above to the clear plastic bags regular folks were forced to carry for security purposes. Well, not forced. But, you get my drift.

Here’s a pic from my Senator’s camera.  Clearly, he’s not afraid to ask for a photo. 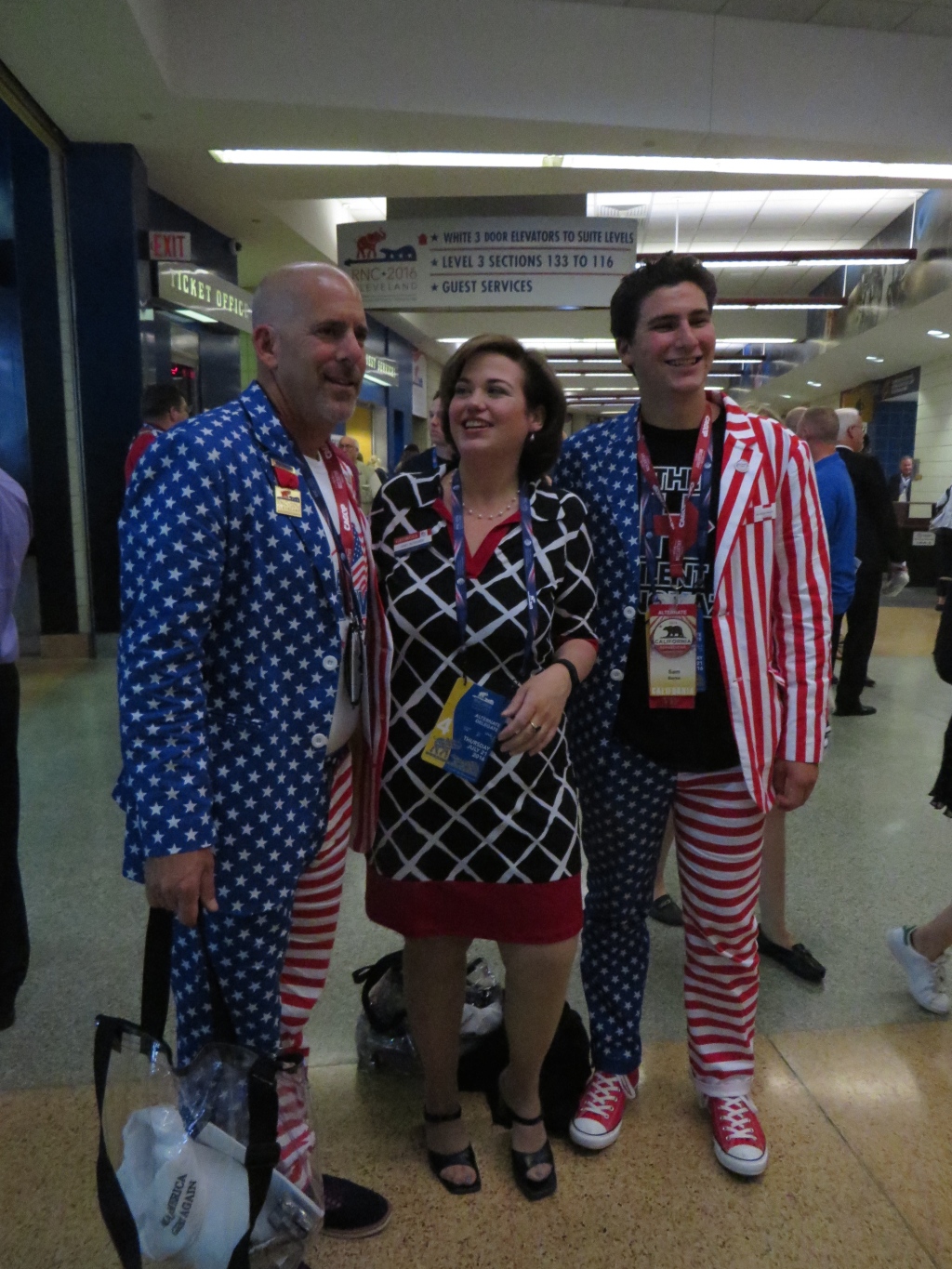 The lady to the left saw me sneaking a pic. She thought the hat was funny too.

One more from the back side haha…but, cute elephant skirts none the less.

Looks like the Senator snagged a better version…go figure.

Can’t wait to watch the DNC this week to see if all the bling is a universal convention theme or a one-sided phenomena.

← The Morning After
Political Theater →