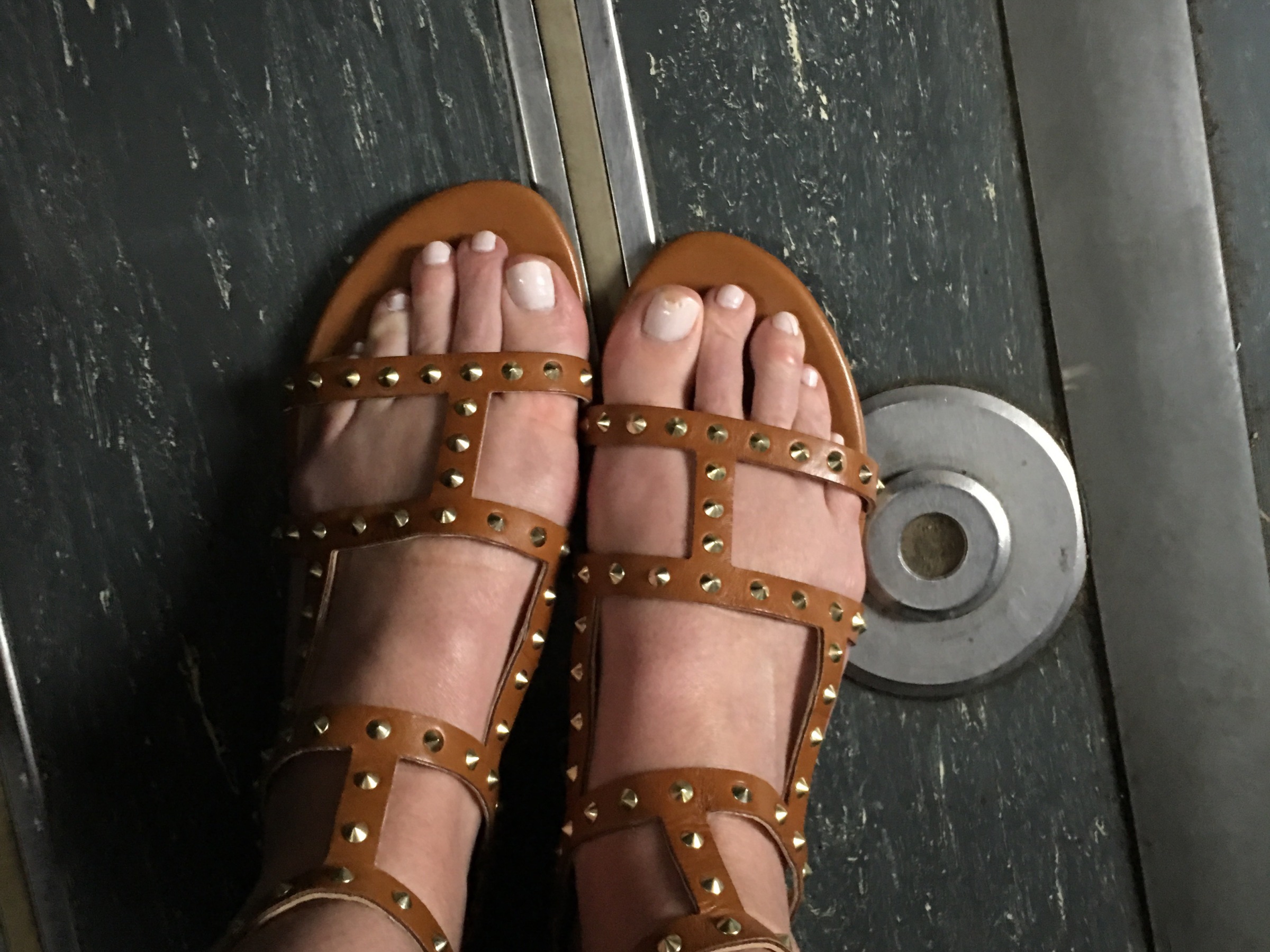 So, here is what I know after my first day at a Republican National Convention.

Comfortable shoes are a must! 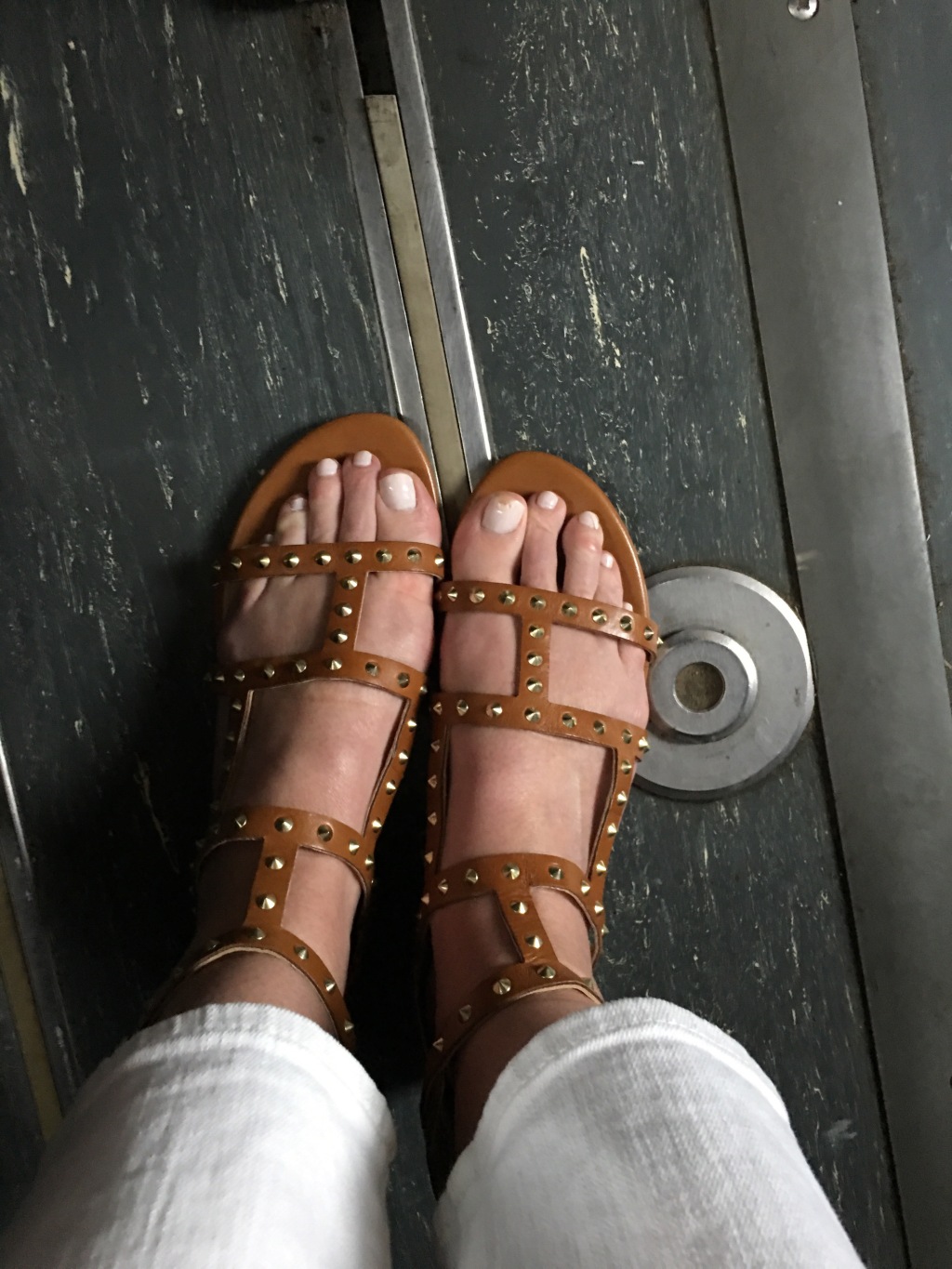 Thank goodness for these Ivanka Trump shoes I rocked for over 12 hours!  All the walking and standing and walking up and down stairs and walking to point A from point B would have caused a Fitbit explision I’m just sure of it!

The Quicken Arena is Big. 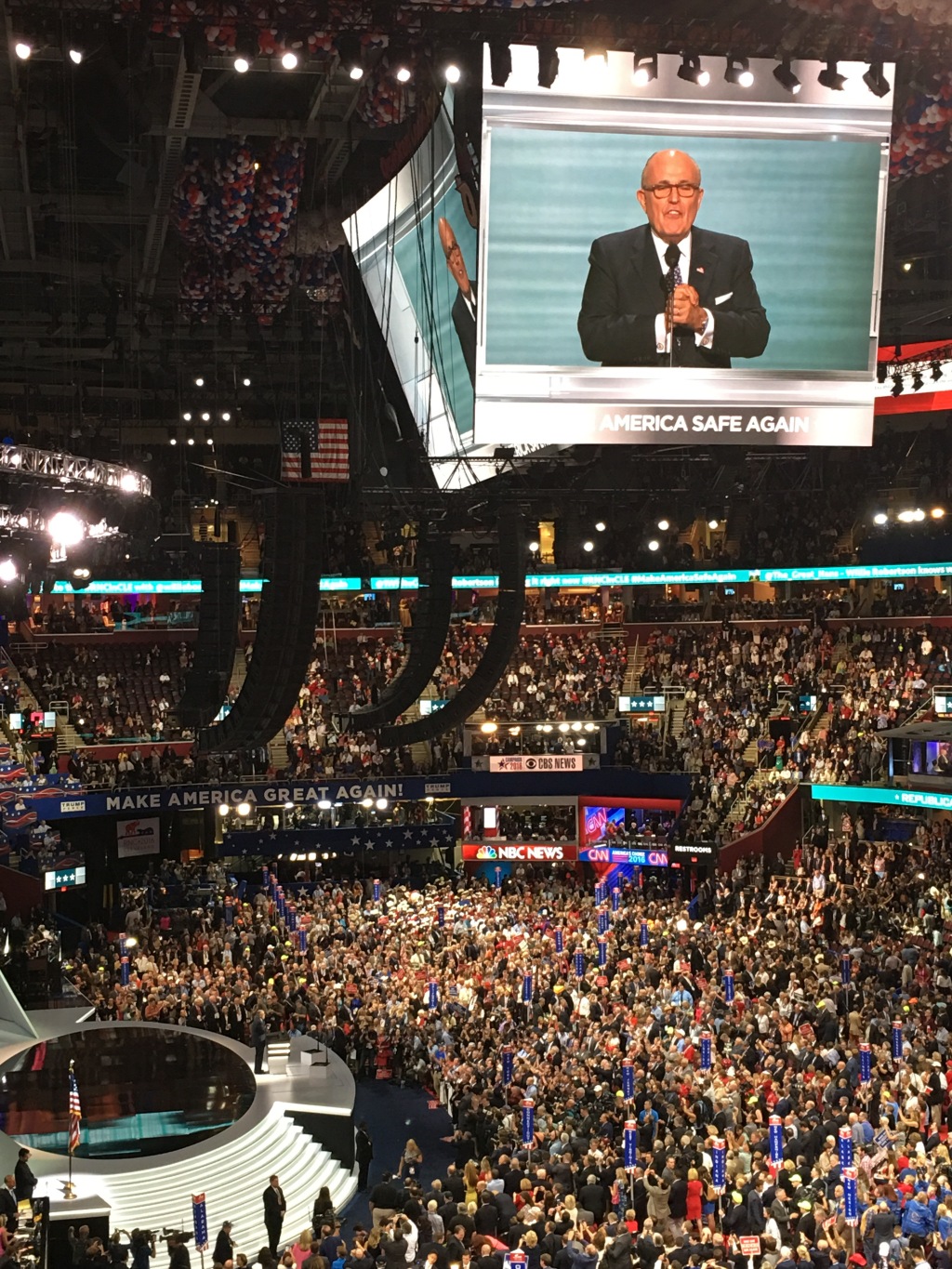 Here is my view from the cheap seats, or “Loud City” as we say in OKC.  And, it was loud!

I chose another angle to watch my Governor address the crowd. 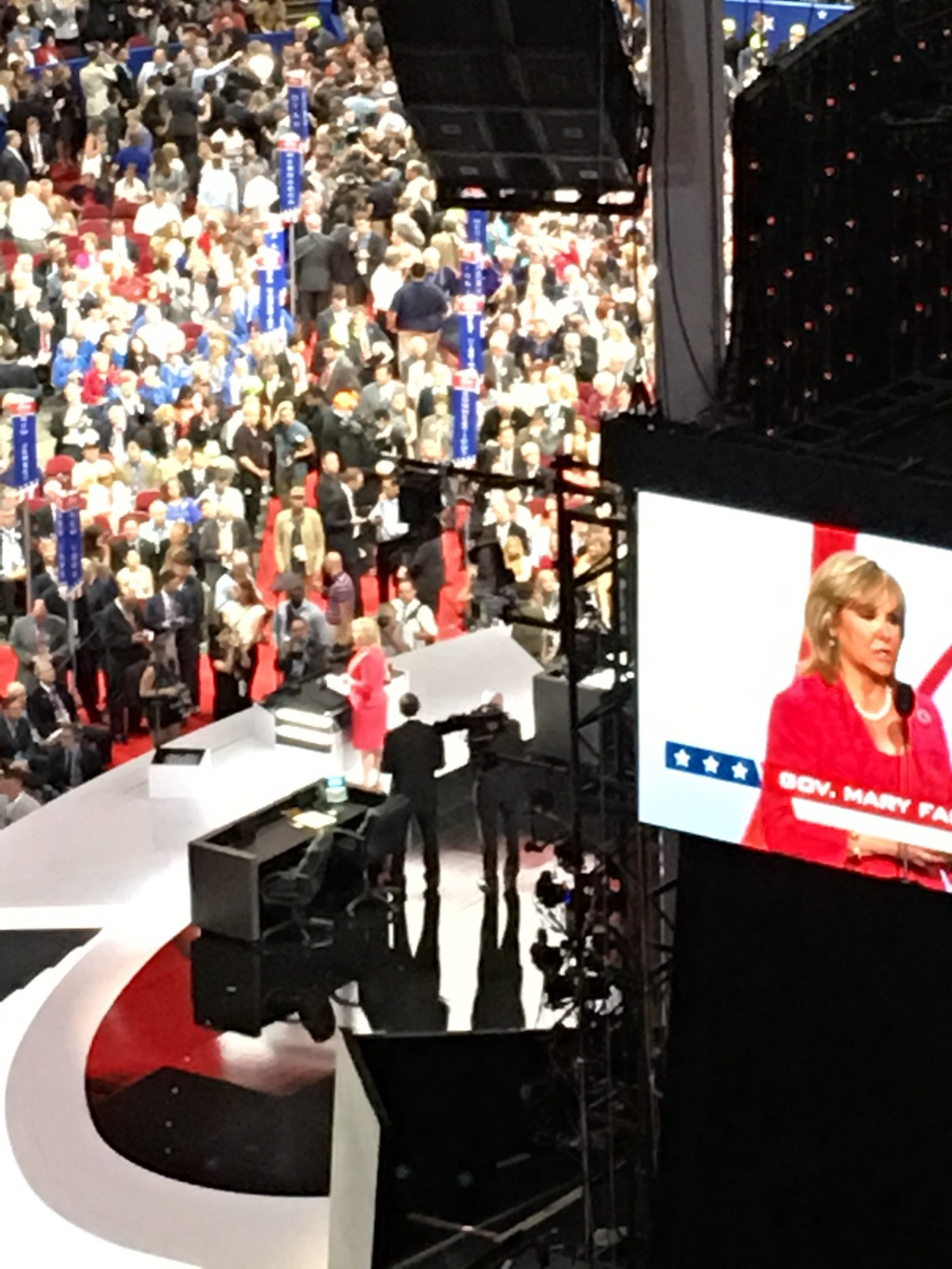 She did a really nice job…especially since there was a little conflict and controversy taking place.

The arena is a cesspool of activity.

This lady from Colorado was one of the head Dump Trumpers. She had a small, but vocal contingent with members from several states (my own included) who tried to pull a coup.

They failed.  I just happened  to walk by an interview of her that took place before their movement was shut down.

Yes, there were some sore losers in the building. Fact.

This is one of my favorite reporters from MSNBC. He is what I would call a roaming reporter….

I am old enough to be his mother.

You run into people you know everywhere.

Cliff and our friend from Tulsa (center), ran into another Okie (tall, young one on the left) who will be the next head of the RNC.  What a breath of fresh air he is and a great guy all around.

I am now a big fan of Facebook. Haha

We found the Facebook tent mid afternoon and their adorable intern from Northwestern (and his boss) allowed us to charge our phones while we enjoyed a cold beverage and chilled before the prime time speeches.  They also explained a little Facebook live challenge they had going on a took a party pic of a few of us in their “Oval Office!”

The Media Narrative is skewed.

After our phones were charging we met several reporters for a national magazine who were looking just as exhausted and thrilled to have found the same shady respite.  In the course of a conversation with them, we learned they had been covering the protesters…all 2-300 of them.  Bet it looked like more than that on television, didn’t it?

Evidently, this is an unconventional convention.

Since this is my first ever political convention, I am not sure if there is a precedent for the nominee to speak to the convention before he speaks to the convention – but last night, he introduced his wife (who, by the way was stunning and humble and gracious and wow’d everyone but the media).

It was something else and brought the arena to its feet. 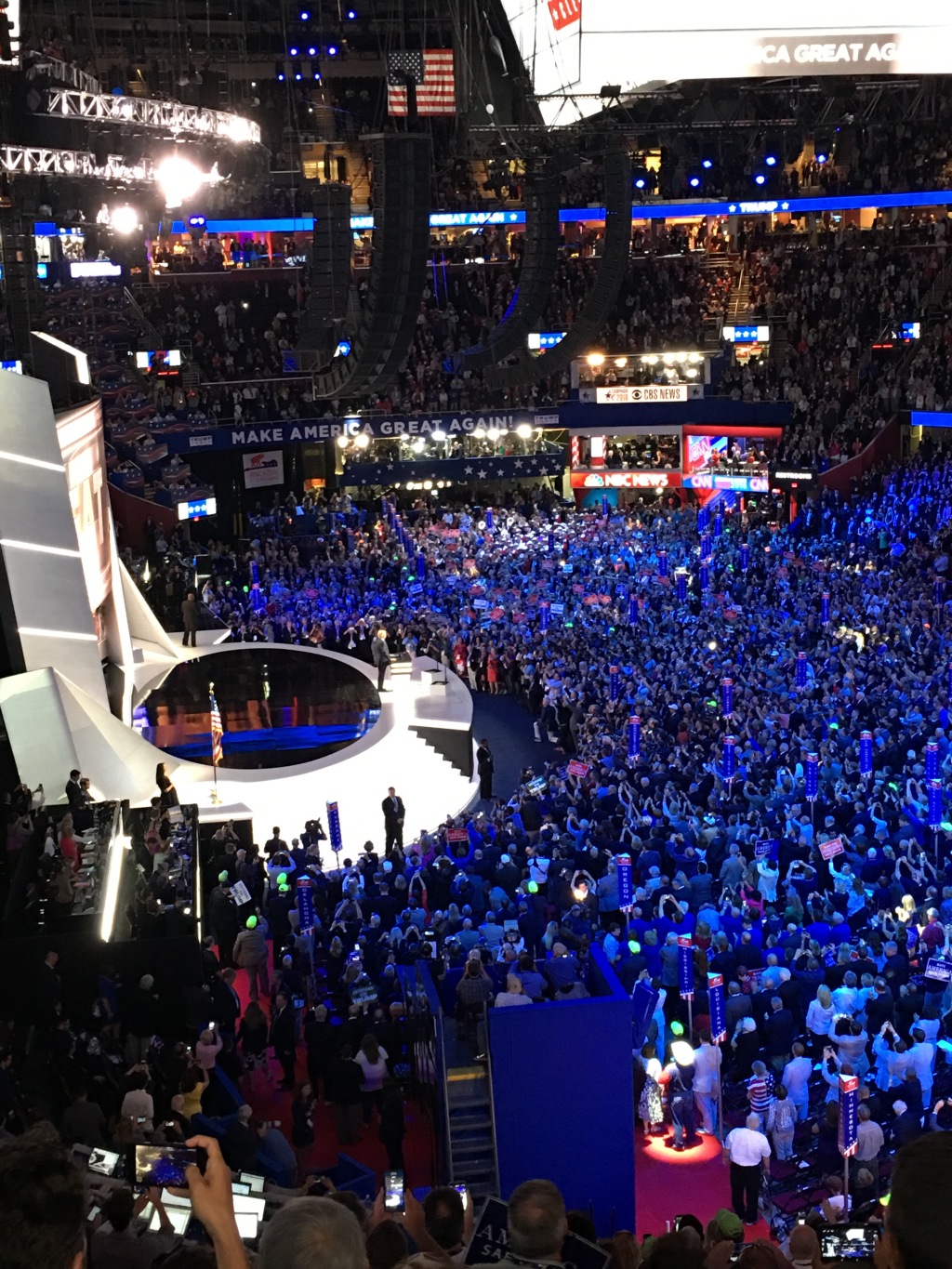 In fact, I really want her white dress but I hear it has sold out already.

Maybe I can just be her in my next life!  Seriously though, she was simply breathtaking and you could have heard a pin drop in that arena when she spoke about her family, her immigrating to the United States, her life with Donald Trump. What I experienced in the arena and what I read from the media this morning are two different narratives and I will leave it there.

I am just thrilled to be experiencing a little history in the making from my seat on the sidelines!

2 Comments on “Bits and Pieces”